There are plenty of legends about the discovery of coffee. One of them it's about a shepherd called Kaldi who lived many years ago in Etiopia. 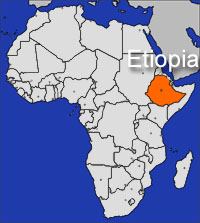 He watched that his sheep use to get very disturbed when they ate the fruits of a wild tree. Kaldi told this to the monks on a nearby monastery and they felt curiosity and so they tasted this grains, and noticed that it kept awake for more hours. This way the monks started to take the drink from coffee when they to be praying for all night long.

It was on Abisinia where it was started to drink coffee as a drink. It was told that the abisninions didn't allow the green coffee to be taken to other countries so they could also enjoy of this pleasure.
Europe first tasted coffee through a shipment for Venice on 1615. On the 17th century coffee started to be popular in some European countries and this way it started to be opened the famous CAFES.

As for the plantations on America it seems to be that it was on the Martinica Island the first place where it was cultivated on the year 1720. This plantation it started with a young tree that was a gift from the Dutch to France's king Lewis XIV, and was him who send it to the French colonies.

On Colombia the Spanish missioners were the one who organized the first plantation on Orinoco, by the 30ths of the XVIII century. It's expansion on this country was successful, since it found the right wheather. Regarding the fast expansion of the coffee on Colombia, it was told theat some priest of Cúcuta, Bacaramanga and some other cities, use to impose to their parish to harvest coffee according their sins and that's how coffee got to some many places.

Although the beginning of the coffee, had some detractors, it was since the 17th century when it expanded all over Europe the famous CAFES, where intellectual of all classes used to meet.

Today, more than 20 million people over the world live with this product, most of them harvesting and preparing the green coffee on the consumers countries.